NCC, in consortium with Spanish construction and engineering company OHL, has been awarded the assignment to expand the section of railway between Lund and Flackarp in Skåne, Sweden, for the Swedish Transport Administration. The assignment comprises an option under the Lund–Arlöv Four Track project and the order value amounts to approximately SEK 800 million. 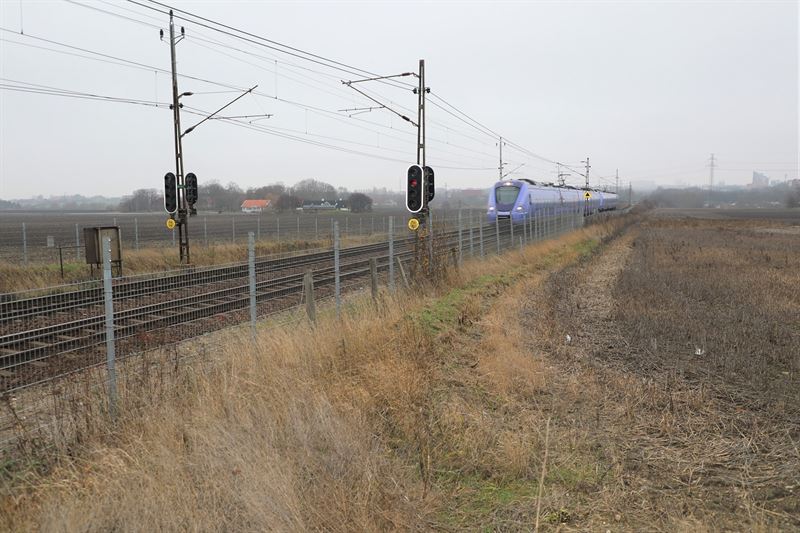 “It’s been a shared goal from the start of construction work in 2017 to find a solution jointly with NCC/OHL that would also enable us to build the Flackarp–Lund section in the Lund–Arlöv Four Track project. An agreement has now been reached that is mutually beneficial for all parties. The fact that we can build the entire Malmö–Lund section as part of a joint project will save valuable time and money,” says Jens-Peter Eisenschmidt, Project Manager at the Swedish Transport Administration.

Since 2017, NCC and OHL in consortium have been expanding the Southern Main Line between Arlöv and Flackarp, in partnership with the Swedish Transport Administration. The current two tracks are being expanded to four, and three new stations as well as new overpasses and one tunnel are being built.

The contract signed between the parties also included an option to expand the section between Flackarp and Lund to four tracks, and to construct a new station at Klostergården in southern Lund. The Swedish Transport Administration and NCC/OHL have now jointly – though the Early Contractor Involvement (ECI) cooperative format – agreed on the content of the option and carried out preparatory works for the section to be built.

“The expansion of the Southern Main Line will reduce the number of traffic disruptions make it possible to run more trains on the section. We have been able to utilize the experiences gained in the ongoing project in the preparatory works, thereby effectively applying the lessons learned earlier, which enables us to produce more infrastructure for the money invested,” says Nils Bjelm, Division Manager at NCC Infrastructure.

Two new tracks will be built on the western side of the current tracks along the three-kilometer-long Flackarp–Lund section. High-speed trains will run along the center tracks, and local and regional trains along the outer tracks. At present, 450 trains pass through this section each day. After the expansion, this could increase to 650.

At Klostergården in Lund, a completely new station will be built for Pågatåg traffic, with a 250-meter-long platform on each side and a new tunnel for pedestrian and bicycle traffic.

“This project is important both economically and for society. It will provide citizens with significantly better access to infrastructure services thanks to the technological innovations and solutions deployed,” says José Antonio Fernández Gallar, CEO of OHL.

“This is one of the busiest railway lines in Sweden and minimizing disruption during the construction period is crucial, not just for rail passengers but also for road and pedestrian traffic in the area. NCC and OHL have extensive experience of implementing complex projects in the midst of ongoing operations and our full project responsibility equips us with an overview of all parts of the project,” says Nils Bjelm.

Construction start for the new section is planned for April 2020, and completion is expected to be in late 2024.

About NCC. Our vision is to renew our industry and provide superior sustainable solutions. NCC is one of the leading companies in the Nordics within construction, infrastructure and property development, with sales of SEK 58 billion and 15,500 employees in 2019. The NCC share is listed on Nasdaq Stockholm.