NCC to construct new campus for Dalarna University in Borlänge

NCC is to remodel the former Liljanhuset property in Borlänge into a new university building on behalf of property owner Diös. The project is a turnkey contract in partnering form with an order value of just over SEK 400 million. 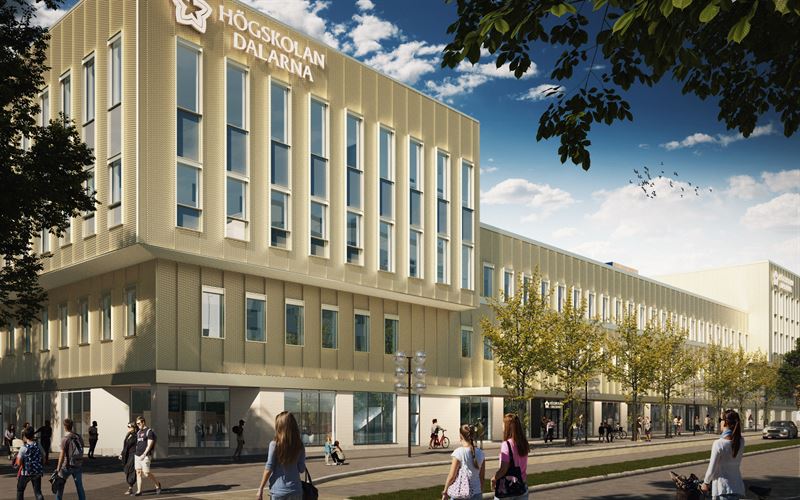 “In cooperation with Dalarna University and NCC, we have developed an excellent product. It is gratifying that we can now start up the work to develop a modern and attractive learning environment for future students. For Borlänge as a city, the development of Dalarna University’s new campus in the heart of the city is important, where increased flows of people in the area will give give impetus to more establishments, growth and a strengthened offering,” says Mikael Hedh, Business Manager, Diös Dalarna.

The total construction area, including the extension, amounts to 18,500 square meters and will incorporate completely new learning environments and the conditions to develop operations.

“In this project, we will reuse and build on the existing concrete frame to create the new campus for Dalarna University. By working on grounds where there is a building already and reusing the existing frame we improve the climate performance,” says Henrik Landelius, Head of NCC Building Sweden.

The university’s new campus in Borlänge will be a building with a high environmental profile and sustainability performance. The building’s energy and resource use will be optimized, and it will be environmentally certified according to BREEAM In Use Very Good, or the equivalent.

The project is a turnkey contract being conducted as a three-way partnering arrangement between NCC, Diös and Dalarna University, with an order value of just over SEK 400 million. The order will be registered during the first quarter of 2022 in the NCC Building Sweden business area. Construction start is planned for April 2022 and is scheduled to be completed in April 2024.