On behalf of Nacka Municipality, NCC will upgrade, modernize and expand Sickla school. The project is a turnkey contract in partnering form with an order value of approximately SEK 150 million. 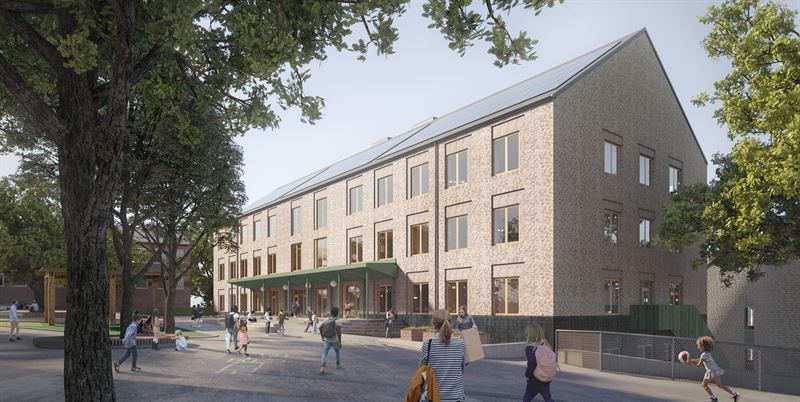 NCC is now entering into a partnership with Nacka Municipality to refurbish and expand Sickla school. Most of the buildings on the Sickla school campus were built in the 1950s and need to be upgraded, while the school also needs to be expanded. NCC’s first task will be to demolish one of the old buildings and replace it with a new, larger building on the same site. Sickla school will also be expanded with a secondary school. The new campus will also include Växthusets preschool, which will be housed in new premises.

“We’re investing in Nacka’s schools to match pace with the area’s development. We’re now starting work on the development of Sickla school, which will be refurbished and expanded with more school places. New, modern and flexible premises are being built while maintaining the architecture from the 1950s. We look forward to working with NCC and taking advantage of their experience and knowledge when it comes to refurbishing and building schools,” says Mats Gerdau, Chair of the Nacka Municipal Executive Board.

NCC has extensive experience of upgrading, expanding and developing new schools, and works closely with many of Sweden’s municipalities and property companies. In 2015, NCC began a strategic partnership with Nacka Municipality for the development of preschools, schools and sports halls in the municipality. Since then, NCC and Nacka Municipality have jointly developed and built a total of 14 schools, preschools and sports halls.

“We have had a close working relationship with Nacka Municipality when creating a school building and yard that meets the school’s challenges. Our wide-ranging partnership has resulted in efficient projects where we make use of experiences and skills to achieve the best result. I look forward to starting work on the project,” says Emil Junelind, Business Manager, NCC Building Sweden.

The project is a turnkey contract in partnering form with an order value of approximately SEK 150 million. The project will be registered among orders during the third quarter of 2022 in the NCC Building Sweden business area. Construction is planned to start in autumn 2022, and the project is expected to be completed in spring 2024.

About NCC. NCC is one of the leading construction companies in the Nordics. Based on its expertise in managing complex construction processes, NCC contributes to a positive impact of construction for its customers and society. Operations include commercial property development, building and infrastructure project contracting, and asphalt and stone materials production. In 2021, NCC had sales of SEK 53 bn and 13,000 employees. The NCC shares are listed on Nasdaq Stockholm.