NCC is registering the order for the second tunnel on the Faroe Islands – the Sandoy Tunnel – with an order value of SEK 1.2 billion. 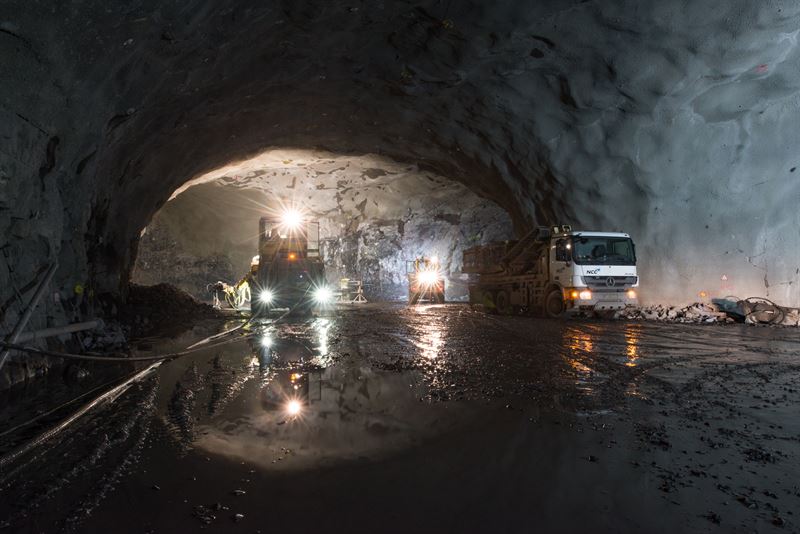 NCC previously announced in a press release published on November 8, 2016 that the company had received an order to build two road tunnels on the Faroe Islands, the first tunnel being orderregistered during 2016.

“We are making good progress on our Faroe Islands contract and have established a strong, constructive collaboration with our customer, P/F Eystur- og Sandøyartunlar – Føroyar,” says Per Jonsson, Division Manager at NCC Civil Engineering in Norway.

NCC has extensive experience of tunnel construction on the Faroe Islands, having built the Vaga Tunnel and Nordoya Tunnel in the early 2000s.

“The success of these projects relies on the expertise and drive of the developer and contractor organizations in pursuit of a common goal. This yields a predictable framework and ensures good progress is made on large, demanding projects,” says Per Jonsson.

The Sandoy Tunnel will measure 10.5 km and connect Gamlarætt on Streymoy with Traðardalur on Sandoy. Both tunnels in the contract will help to improve road safety and shorten the travel time to Torshavn from several locations on the Faroe Islands and represent an important step in linking the local communities, businesses and inhabitants of the islands.

About NCC. Our vision is to renew our industry and provide superior sustainable solutions. NCC is one of the leading companies in construction, infrastructure and property development in the Nordic region, with sales of SEK 55 billion and 17,800 employees in 2017. The NCC share is listed on Nasdaq Stockholm.